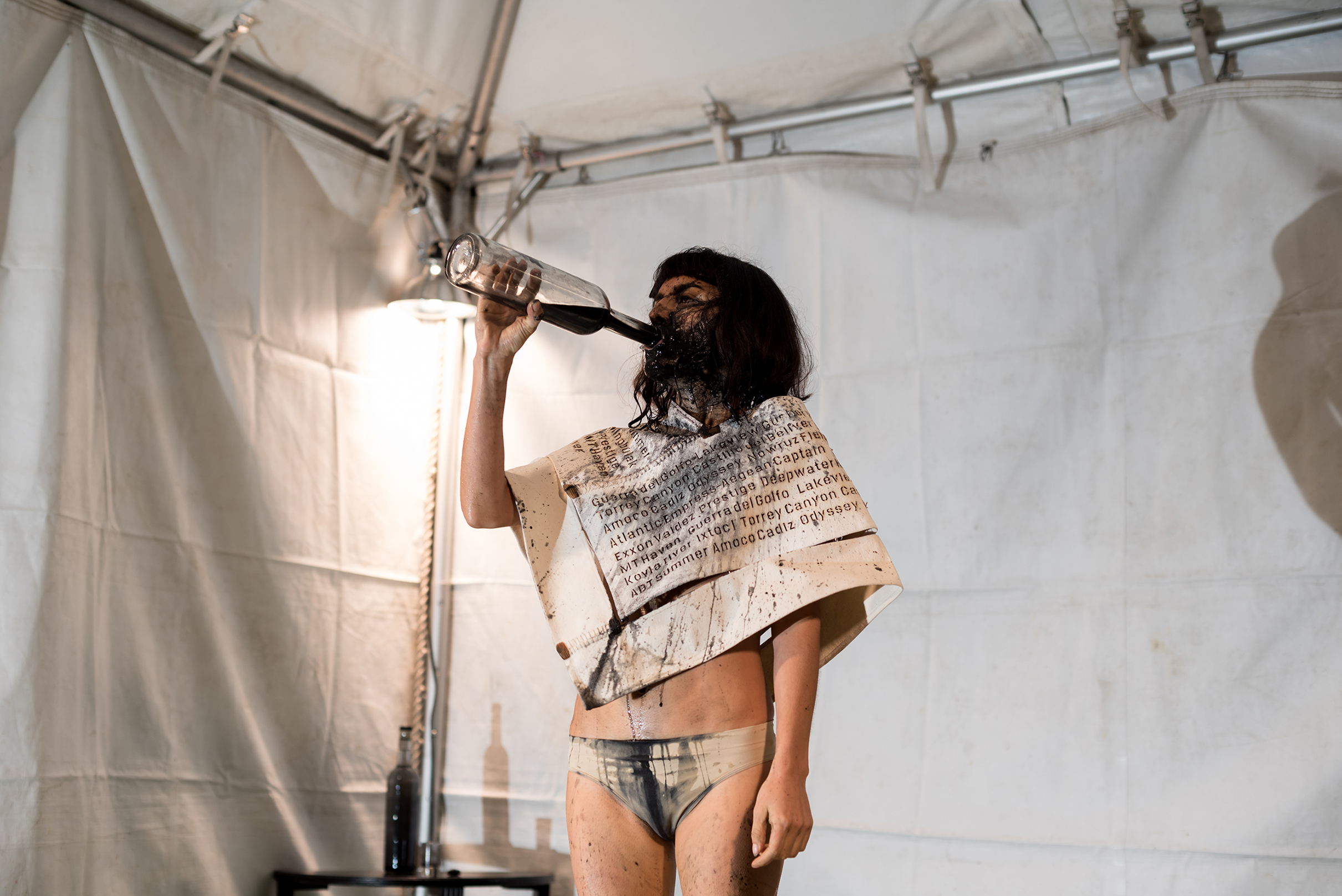 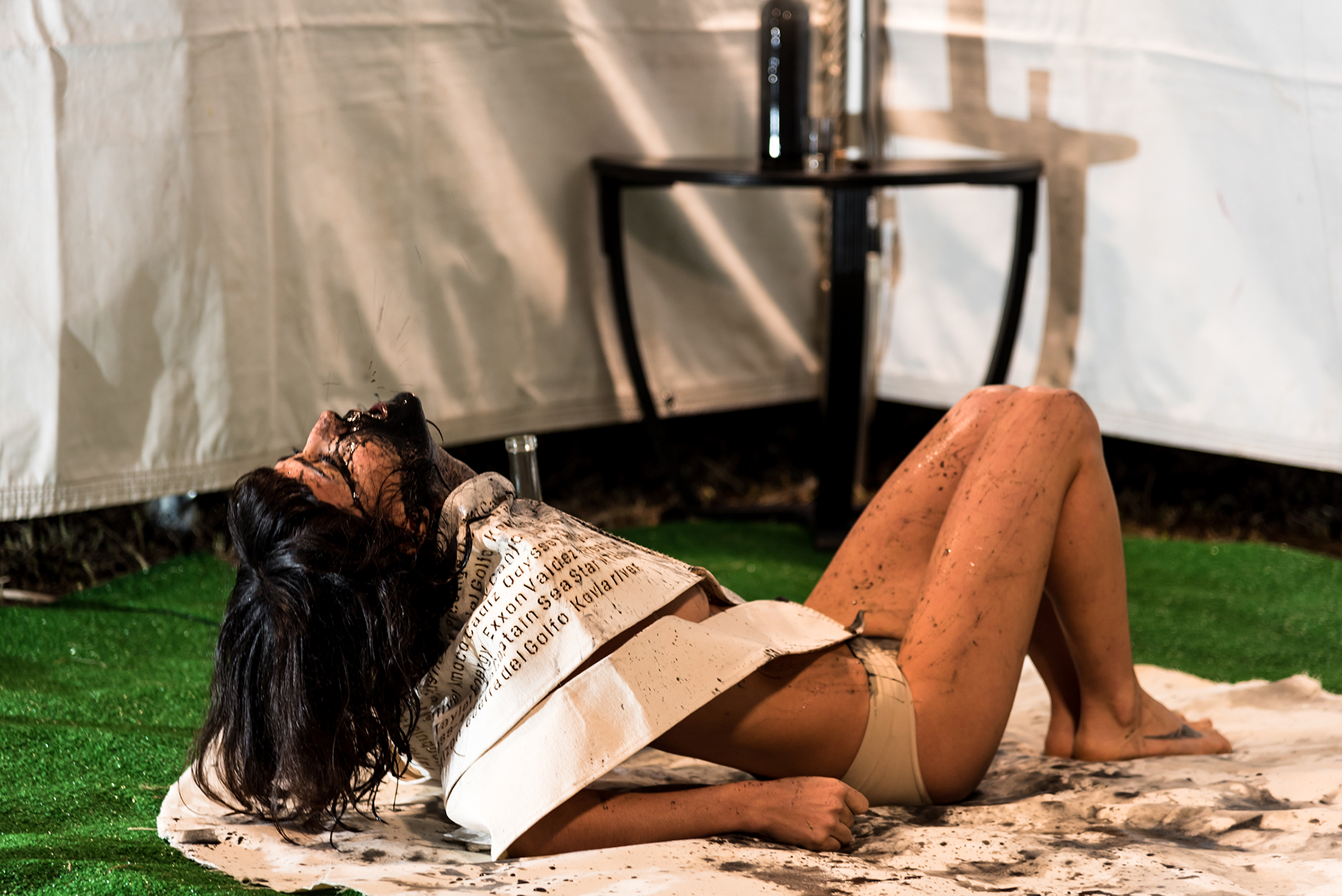 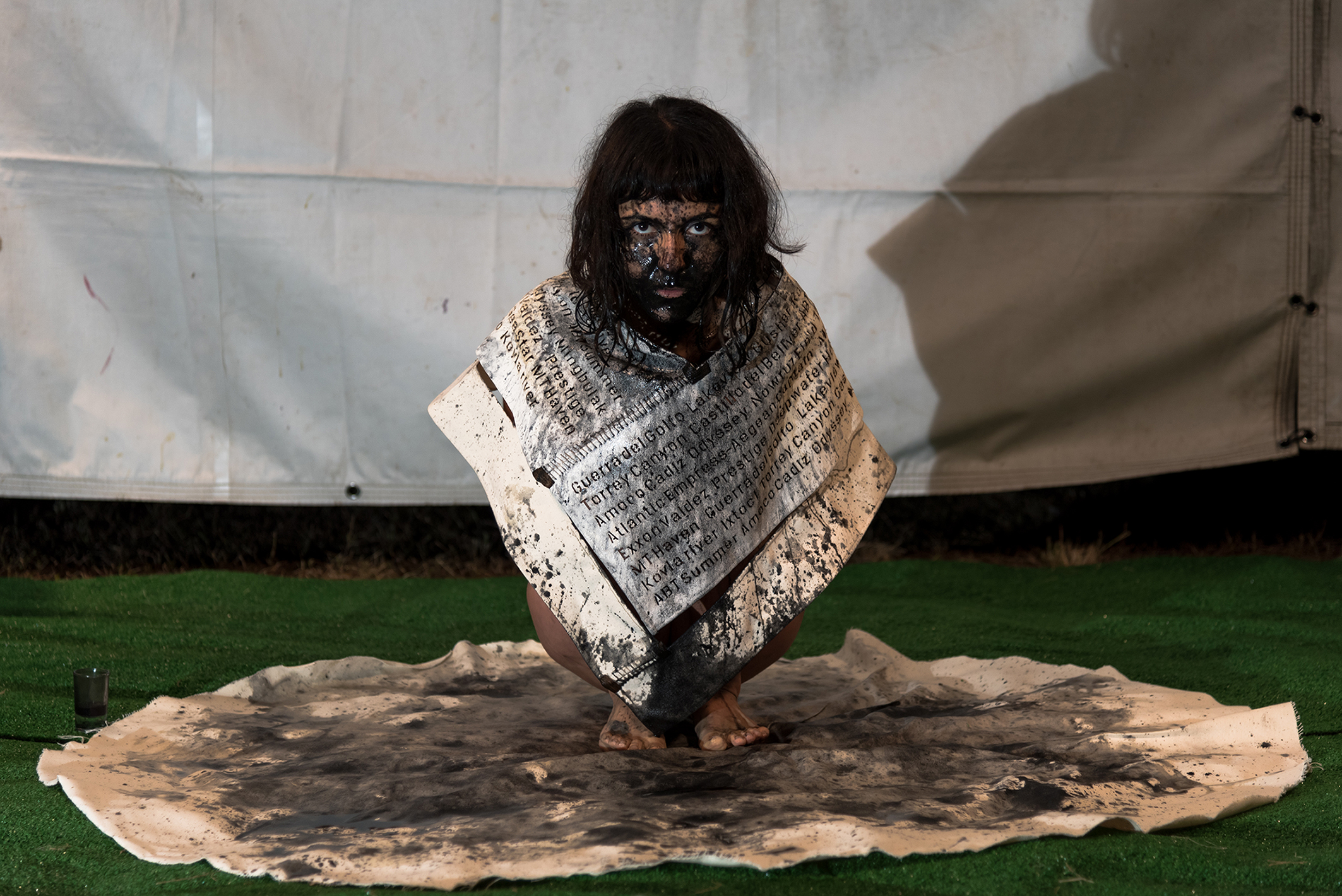 Oil like a gargle spouting in the Gulf of Mexico.

All forms of life choked under a thick black death.

Derrame/spill is a durational performance that focuses on oil spills and its disastrous consequences on the Planet. Oil exploration and exploitation has over the last 5 decades impacted tremendously on our oceans, massively endangering marine wildlife and throwing local ecosystems out of balance, and thus the entire livelihood and basic survival of all living beings. Approximately 5 million tons of oil ends up in our oceans every year.

One of the most affected bodies of water is the Gulf of Mexico, scenario of the worst oil spill in history. The 2010 BP Oil spill, leaked an estimated 130 million gallons of oil into the Gulf.

I drink from the bottle (a mixture of ocean water taken from Miami ́s shore and activated carbon powder) and then I gargle aloud the names of the biggest oil spills in history. I repeat this action until the bottles are empty.

Clothing: Hand made poncho-like garment inspired in the traditional mexican Quechquemitl, with the names of the biggest oil spills in history cut in the fabric.